Is Success More Rare Than A Total Eclipse? - Gloria MacDonald 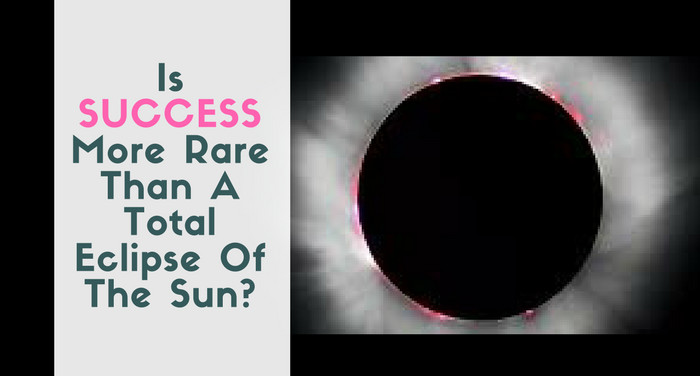 Is Success More Rare Than A Total Eclipse?

Did you know that you are over 2500 times more likely to see a total eclipse of the sun than to be successful in your business?

I'm not even talking about making multiple six, seven, or even multiple 7 figures.

So yesterday I got intrigued with all of the news about the total solar eclipse.

I was getting all kinds of emails from marketers who were taking advantage of it in some way.

I saw several Facebook lives where people were talking about it.

I was curious just how rare this phenomenon is.

Not really so rare at all.

But the unique thing about yesterday was that it was the first time since 1979 that the total eclipse of the sun happened coast-to-coast across North America.

So I've been alive to witness two of these events.

That's twice, maybe three times in a lifetime to experience it.

Got me thinking about success...

How often it happens.

So I did a little research on the percentage of the population that makes six figures or more a year.

Turns out that out of the world's population of around 7.5 billion people, less than 0.08% (that's less than 8 one-hundreds of a percent) of us will ever make six figures a year.

Now why is is that success, and that's not even huge success, is so rare?

Obviously, there are all kinds of contributing factors.

But let's just say that for anyone who is reading this there are lots of opportunities.

I would propose that making moneeey, and being "successful" is SIMPLE...

But not necessarily EASY.

I liken it to diet and weight loss.

Most of us know exactly what we need to do to lose weight.

Which is why the diet and weight loss industry is a multi-billion dollar industry in the U.S. alone.

So, success is simple too.

There are principles and laws of success.

And when you know them...

But it's not EASY!

There are two ways of going about this.

Going it alone -- the hard way.

Or, what I've learned is the MUCH easier, quicker, most direct way...

Is to work with a mentor.

Someone who's been where I am, and has accomplished what I want to accomplish.

Someone who's been down the path and already knows the way.

So, if you'd like to take the simplest, most direct route to growing your downline and building your business...

And this is really CRAZY!

Because the demand for this has been insane.

And the results and feedback have been amazing.

So I'm holding yet another one!

I honestly didn't think I'd be doing this.

Especially at the end of August, when everyone is getting in their last week or two of vacation.

But you can still join me for my Free webinar...

Discover The Untapped Power Of LinkedIn To Build Your Business And Grow Your Downline.

If you missed it before, or if you want to share it with any of your team members, here's the link to REGISTER NOW.

To Your LinkedIn Success! 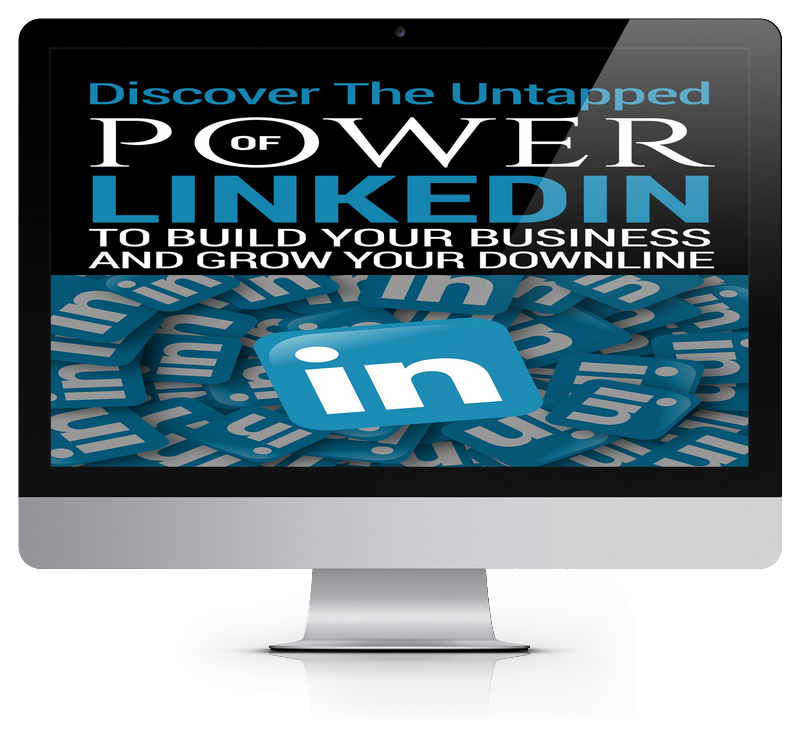