The. Kiss. Of. Death. - Gloria MacDonald 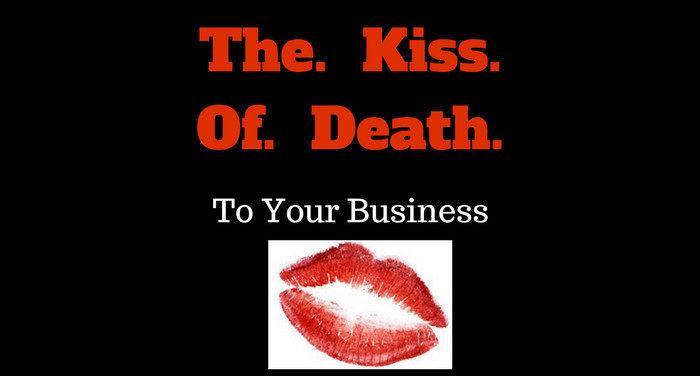 I know they're toast.

And it's always followed by...

I haven't had any success yet.

I haven't made any money.

I don't have any experience.

I don't have a huge downline.

I don't know how to [fill in the blank].

I hate to say it, but I have NEVER seen anyone become successful when they say these kinds of things.

They change their thought patterns and make a significant shift.

I mean really, let's think about it.

If everyone thought that way, we'd still be back in the stone age!

If Thomas Edison had said, "I can't create a light blub. I've never built one before."

Or if Alexander Graham Bell had said, "I don't know how to invent a telephone. It's never been done before."

Or if the Wright brothers had said, "A flying machine! That's impossible! No one ever told us how to do that."

No one came out of their mother's womb being a top earner in their company with a downline of thousands of people.

There's not one single successful person on the planet who started off that way.

I've been saying this a lot lately, and I'm sure I'll say it again.

Success is not 95% mindset.

The only difference between you and the person you want to be...

Is that the person you want to be has opened themselves up to the innate brilliance, creativity, genius that is theirs.

Each and every one of us has abilities, talents, intelligence far, far beyond what we're tapping into and using.

And so many people are afflicted with fear, self-doubt, low self-esteem, and the list goes on and on.

Just the other day I was having a conversation with a client of mine who asked...

"But Gloria, how do I get rid of these negative thoughts that are holding me back?"

But if you're ready and willing to start allowing new thoughts and beliefs of how truly amazing, genius and divine you really are into your being...

And if you're ready to start taking different actions steps in your business and your life to finally create the freedom you dream of...

And if you know that you need a mentor to FINALLY make this shift...

Go here to see if my Prosperity Circle program is right for you.

Each month I take just a handful of people into my inner circle.

I absolutely don't accept everyone into this group, because I'm going to be personally working with you, and it has to be a fit.

If you're ready, and you want to see if you qualify, complete this simple survey.

I look forward to helping you kiss, this "kiss of death" goodbye once and for all.