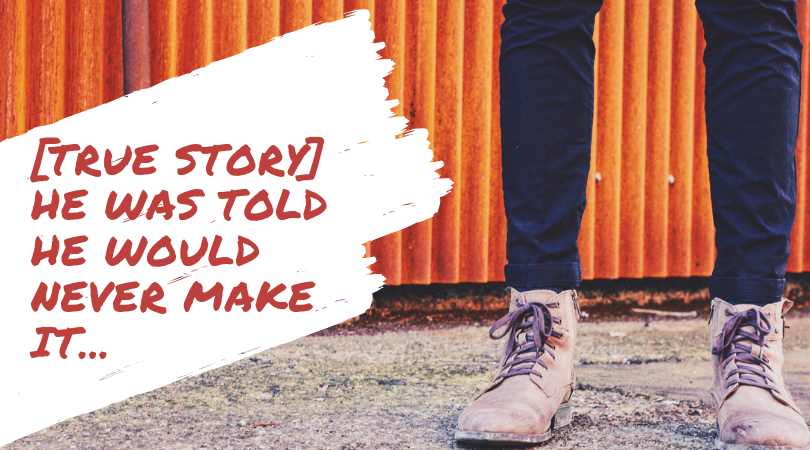 [True story] He was told he would never make it…

This really says it all...

"If one advances confidently in the direction of his dreams and endeavors to live the life he has imagined, he will meet with success unexpected in common hours."

That's one of my favorite quotes.

And it pretty much sums up what happened to this kid from Philadelphia.

He was told he would never make it. He was too small, and too slow.

But that didn't stop Kyle Lowry.

As one headline from the Toronto Star said back in June...

Kyle Lowry goes from better to best in leading Raptors to first title.

In an interview after the final game which brought the Toronto Raptors their first NBA title, I watched the reporter ask Lowry how he did it, when he was told he was too small and too slow to ever make it as a professional basketball player.

Now, Lowry didn't use the word, but we all know that to get where he is, he didn't work out and practice basketball for 25 minutes on Monday, then maybe 45 minutes on Thursday, then kindda fool around a bit playing on Saturday.

No, Lowry was consistent.

And he was consistent in doing highly leveraged activities.

He advanced confidently in the direction of his dream. And he endeavored to live the life he imagined. And in fact...

He met with success unexpected.

"He is a one-time malcontent who team president Masai Ujiri fully intended on trading back in 2013 because Lowry didn’t seem to have the makings of a winning No. 1."

Now, if you haven't reached the level of success you've dreamed of, join the club! You're in good company with 80% of the population or more.

You see, Lowry's brain is wired for delayed gratification.

But the good new is, you can easily change that!

With advances in technology, neuroscience and neuro-plasticity, we've discovered how to work with your brain, rather than against.

If I had to recommend just one program for you, to move your business and your life forward in a dramatic way...

This would be it!

And this isn't even my program!

This program is based on the brilliance of my good friends and colleagues, George Campbell and Jim Packard.

And this is a REAL game changer.

See for yourself RIGHT HERE!

Celebrating Your Consistency & Your Success!