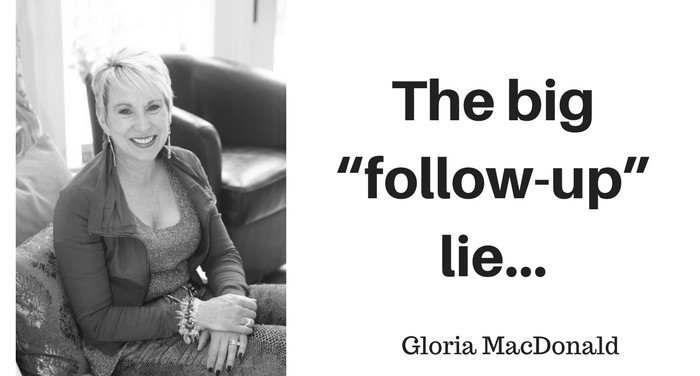 Follow-up 'till they BUY or DIE!

That's one of the biggies taught in direct marketing.

In traditional sales, when you're selling a product, that's true. But when you're looking for people to join your business, that's not always the best thing to do.

Because there's a big difference between follow-up and begging. And most people beg, even when they think they're following up.

They set up an appointment and the person doesn't show up.

They call them back, and listen to their lame excuse.

Then they invite them to a meeting, and they don't show up again.

6 months later, you're still "following-up" with this person who obviously has NO INTENTION of ever following through on their commitments.

Two questions for you...

1. What does this say about you and your business?

It makes you look desperate.

2. Do you think this person has what it takes to become a successful entrepreneur who's going to do whatever it takes to win?

Now, I'm as guilty as anyone of doing this. I've had people on my list that I FOOLISHLY followed up with for a long time.

And a tiny handful have eventually joined, but the overwhelming majority never did.

Oh sure I know scores of stories about someone following up for months with a guy who later joined and became a superstar.

Still, those are far and few between.

For the most part, they are the WRONG people and you're wasting your time if you do this.

That said, there are people out there who currently may be working a dead-end job... but they are searching and looking.

And the only way you can get to them without begging, looking desperate and without losing your sanity, is to create a system that attracts these kinds of people to you.

Check out the 60 Minute Power Recruiting for LinkedIn and see how to get the right people to CHASE YOU.