This is going to happen to you... - Gloria MacDonald 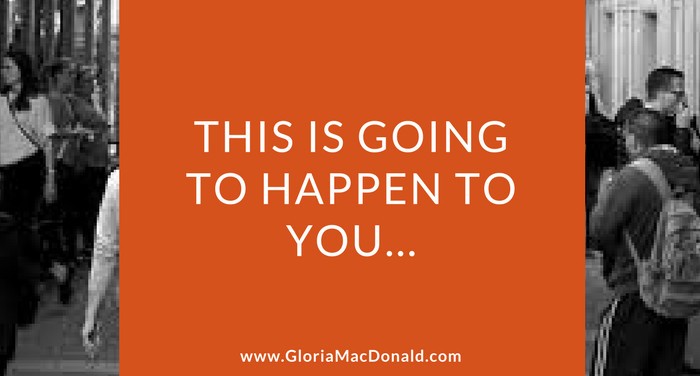 This is going to happen to you…

And you've got to come to grips with it.

You WILL fail, if you're going to be successful.

Failure is a PART of success.

The two go hand in glove.

And there just isn't any other path to success, except through failure.

If there was another way, everybody and their brother would be successful.

Because the vast majority of people are so afraid of failure that they never even start.

Of course nobody wants to fail, right?

And of the few brave souls who actually do start, and try...most of them end up quitting because the rejection and the fear of failure gets to them.

This leaves tons of room at the top.

Because it's so rare for people to get back up after a stumble, let alone a knock down, and keep going.

"Those who have cultivated the habit of persistence seem to enjoy insurance against failure. No matter how many times they are defeated, they finally arrive up toward the top of the ladder."

But, I have to WARN you.

Thomas Edison didn't do the exact same thing 10,000 times to try to invent the light bulb.

Doing that would NOT have been persistence.

It would have been lack of good judgement.

Winners don't keep banging their head on the wall, they find another way to get around the wall.

Believe me, I've got the bruises on this thick head of mine from banging it way too long instead of finding a better way.

I gave myself credit for being persistent.

So if you're experiencing this...

If you've been doing "the work", but it isn't producing great results...

If it's not getting you more high quality prospects...

If it's not adding more people onto your team…

And if it doesn't put more cash in your pockets....

It's time to STOP beating your head against the wall, and START looking for a better way to do this.

HERE is much better way to find prospects…

to sign-up new recruits....and to rapidly build a BIG TEAM...