He was on top of the world, until... - Gloria MacDonald 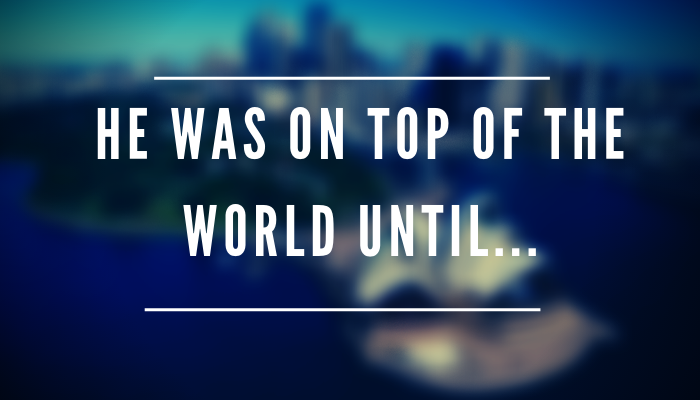 He was on top of the world, until…

It was absolutely incredible to witness...and really quite painful.

He was on top of the world.

Had everything going for him.

Now unfortunately, I've heard about, and seen, this same type of thing happen with way too many network marketers.

A husband and wife team, members of the Millionaires Club, over 100,000 people worldwide in their organization...DISAPPEARED!

I could go on with more true, and very sad stories...devastating setbacks.

But the real, and only important question is...

How do you comeback?

After public shame and humiliation, and going through a painfully human stretch, where he lost his body, his technique, and faced the toughest physical, mental, psychological, and emotional battles ever, and being at the lowest of lows...

Yesterday the world had a chance to observed what many are calling...

"The Greatest Comeback of All Time."

He won his 5th Masters. (If you don't follow golf, trust me, that's a REALLY big deal!)

If you know me, you know that I'm addicted to golf. Not just playing it, but watching it.

But, this isn't about golf. It just happens to be a great example.

This is about YOU!

Because, as the saying goes...

When asked yesterday about his massive setback and how he was able to come back, Tiger responded...

"Never give up. That's a given. You always fight. Just keep fighting."

That's the laser focused energy that winners are in.

When I lost my business, all my retirement savings, was forced to sell our home, and was staring bankruptcy in the face...

I didn't have a clue how I was ever going to come back, but something deep down inside me knew that I was.

I knew I wasn't going to give up for a second. I just couldn't give up. That wasn't even an option.

I'm sure, if you're human, you've had some setbacks. Maybe you've experienced a business setback, a serious health-related issue, the loss of a loved one... whatever it is...

Never give up! Keep fighting!

I know you can do this.