If SHE can do it...Why Can't I? - Gloria MacDonald 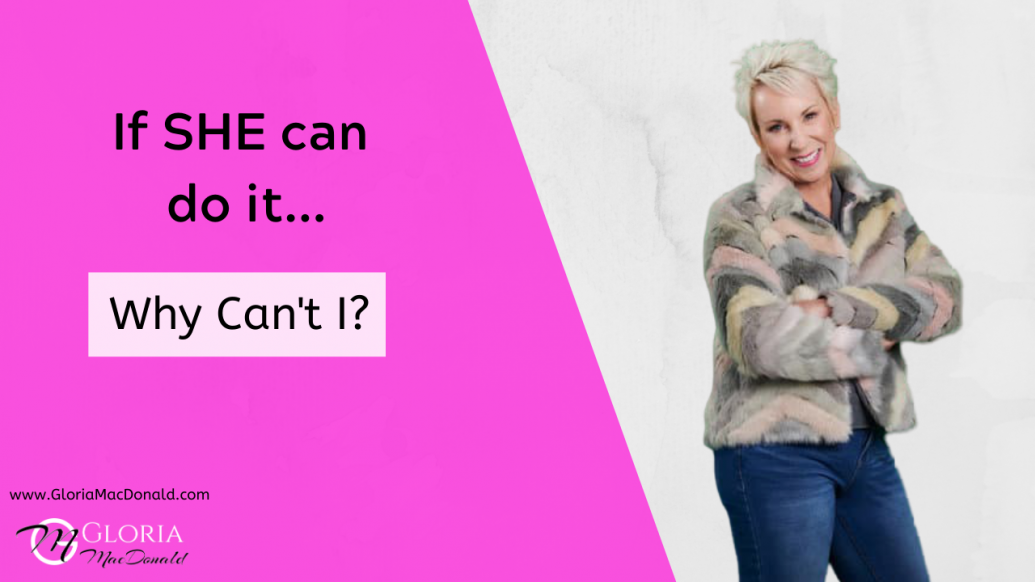 I was shocked when I found out!

First I found out one of them was doing it...

Then I found out the other one was too!

I was blown away.

I've known for several years that I had one friend who was doing it, but...

With her it was different.

It was a stretch for me, but I could still understand why she did it.

At least she had reasons I could justify.

But when I found out these other two friends were doing it...

It made me really stop and think.

How come I'm not doing it?

You see, all three of these friends are...

Having their groceries delivered!!!!

And it was fascinating to me to see how incredibly limited my thinking was about this.

I would never have considered this as a possibility for me.

In my head, this is an absolute extravagance!

And certainly not something my mother ever did. Heaven forbid! HA!

This little incident got me thinking...

What possibilities are you not open to in your business?

Are you open to the possibility of recruiting one, or two, or even three or four new team members this month?

Are you open to the possibility of having the highest month is sales ever?

Are you open to increasing your income by a multiplier of ten this year?

Are you open to trying a whole new way of prospecting and recruiting?

It's not the way your upline ever did it? Heaven forbid!

If you're open to new possibilities...

And a new way of doing things...

Hop on over here and check this out.

P.S. I promise you won't be as shocked as I was when I found out what my friends were up to!

P.P.S. Guess what I did today. Yep!! Got my groceries delivered! And you'll be able to afford this little extravagance and much more when you get on board with this.